“Cantina Le Ginestre” is a wine-growing family business located in the village of Grinzane Cavour, in the Langhe hills, a Unesco Heritage, in Piedmont, North-West of Italy.

The small Ginestre hamlet was already marked on land registry maps as far as the 1700s, and it has always been inhabited by wine-growers, who have passed on their passion for working in the vineyards with the skills that are still theirs today. Some of them, who worked in the property of Camillo Benso Count of Cavour, architect of the Unification of Italy, were the Audasso family’s forefathers.

Nowadays in the Mask Room of the Castle of Grinzane Cavour it is possible to see the Land Registry Maps of the 1783, where our property is marked, as it once was called, the “Region of the Ginestre”.

The winegrowing Count of Cavour
Correspondence

After 17 years in which the Count was mayor in Grinzane Cavour, when the estate was sold, the land was purchased by local farmers, including the Audasso’s forefathers, who continued the wine production.
Sadly, this tradition was interrupted by Second World War. Michele Audasso joined the Army and he disappeared in Russia.

Only in the 80s his son Franco, with the help of his wife, Giulia, started the vinification of the vineyards of “Le Ginestre”, carrying on his father’s legacy. Today Gian Luca and Barbara, their son and daughter, pride themselves on continuing the family tradition

Order of the Knights of the Truffle and Wines of Alba 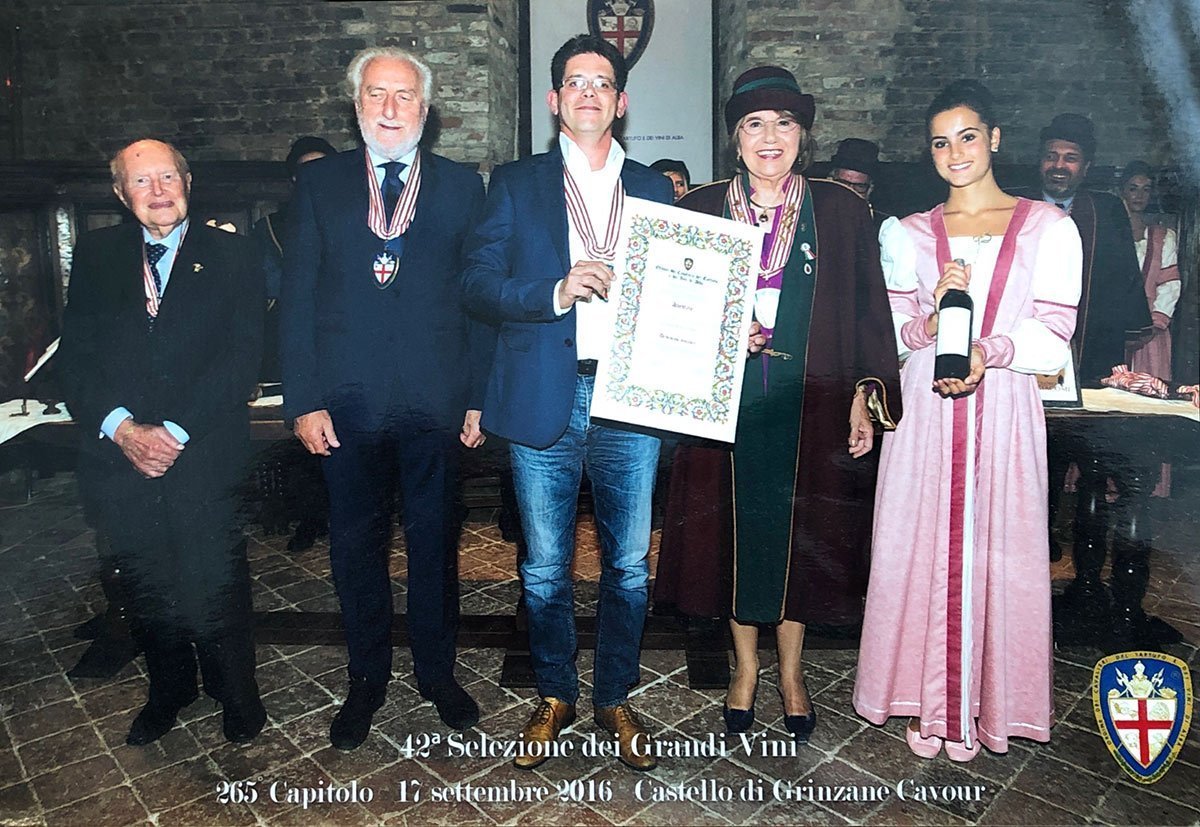